The recent release of Miami Dade Aviation Department’s annual report on “U.S. and Worldwide Airport Rankings” serves to underscore that it truly is all about “location-location-location” in the world of logistics. It also reaffirms Prime Logistics’ right choice to establish its base of operations here 17 years ago, from which it could grow and prosper on the global stage.

The big news is, for the year 2020, Miami International Airport (MIA) continued to be the Number 1 airport in the U.S. for international freight (followed by Chicago O’Hare and Los Angeles). The report also highlights that MIA ranks 4th in total cargo (freight plus mail). In addition, MIA is Number 3 in total freight in the U.S., behind Memphis and Louisville, the hubs for FedEx and UPS, respectively. Miami Dade Aviation Department’s Marketing Division issued the report in August 2021.

On the global operations front, MIA came in at Number 9 in total cargo (freight plus mail), Number 8 in total freight, and Number 9 in international freight. Wow, three cheers for MIA!

Yet Another Powerful Report

Not coincidentally, following in the footsteps of this report was the release of the annual ranking by JD Power of the “Top 10 Mega Airports in North America,” with Miami international leading the pack here as well, at Number 2 in international passengers. This achievement reflects that over 100 airlines at MIA contribute to the year-round, two-way cargo traffic linking the Americas with high growth markets in Asia, Europe, the Middle East, and beyond.

“We congratulate Miami Dade County leadership for its continued role in managing this world-class airport facility in a fashion that best serves the powerhouse of trade and commerce in the region,” said Omar Zambrano, COO of Prime Group, under which Prime Logistics operates.

In the Shadow of MIA

Just minutes from the company’s Doral-based headquarters and warehouse is the MIA Cargo Hub. It serves as the world’s largest gateway to Latin America and the Caribbean, and controls the north/south cargo flows in the Western Hemisphere. Handling 79 percent of all air imports and 74 percent of all exports from the Latin America Caribbean region, MIA serves as the hub for distribution of perishable products like fresh flowers and produce, high-tech and telecommunications equipment, textiles, industrial machinery, and pharmaceuticals such as vaccines and medical supplies.

“Not surprisingly these are the very commodities that Prime Logistics has specialized in transporting over its 20 year history, the last 17 of which from Doral following the company’s move here from Quito in 2004,” says Zambrano. “As one of Prime Logistics’ most logical decisions ever, it is certainly paying off!”

At Home in Doral

Initially, Prime Logistics set up shop in a small warehouse of just 2,500 sqft. But as business grew, they continued to double their warehouse and office space over the years until moving into our current 20,000 sqft facility in 2018, just three miles from the MIA cargo zone. According to Zambrano, “In the warehouse, we offer 500 positions on rack, which is the right way to keep the cargo in good condition, as well as ample freezer capacity, and lot space designed to accommodate 53-foot trailers.”

Situated within the city limits of Doral, this light industrial area flanked by two major interstate highways and the western line of the airport also serves the company’s needs well due to the fact that so many of their local customers are likewise located here. “And obviously not all are in need of air cargo services alone – as such, Prime Logistics offers expert transport of a multitude of goods for customers worldwide via its ocean freight department,” he added.

It helps that the company’s Doral facility is also within just a half hour drive to PortMiami – another strong selling point for customers in the Southeast regional market.

Zambrano points out anther important fact mentioned in the Aviation Department report, one of key importance to the company’s international pharmaceutical industry customers: “MIA is the first airport in the Western Hemisphere and only the second in the world to be designated by the International Air Transport Association (IATA) as a pharmaceutical freight hub and a trusted industry leader in the transport of pharmaceuticals.”

Since the company’s founding in 2001, Zambrano says that Prime Logistics’ goal has been to provide direct access to all of the world’s major markets for commerce and trade – “and MIA has been key to putting us on a pathway to doing just that.”

One of the four divisions of Prime Group, an international logistics services conglomerate founded in Ecuador in 2001, Prime Logistics serves to streamline, optimize, and expedite freight to and from the U.S. for a wide range of major industries.

With offices in Miami, New York, Los Angeles, Bogota, Quito, and Amsterdam, Prime Logistics capitalizes on its long-time relationships with the major air carriers and ocean lines, to offer competitive rates in securing ample space to destinations all around the world. 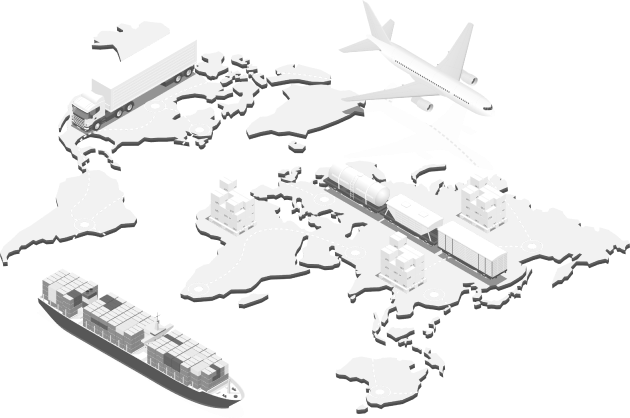